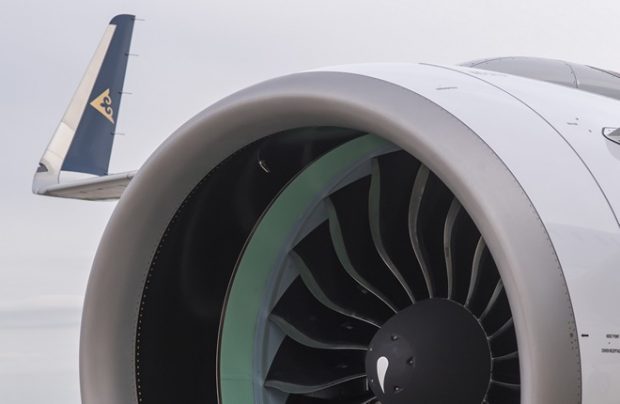 National carrier of Kazakhstan, Air Astana has taken delivery of yet another Airbus А321LR. The narrowbody with extended range capability has become the ninth of the type in the airline’s fleet. The total fleet size of the flagship airline has reached 28 jets. Jointly with its sister low-cost carrier FlyArystan, the Kazakhstan’s aviation group now operates 40 aircraft.

The factory new A321-271NX-LR arrived at Astana, Kazakhstan’s capital city and airline’s base on October 15.

The aircraft (MSN 10916) powered by Pratt & Whitney PW1133G geared turbofans is on operating lease from US lessor Air Lease Corporation and is listed as EI-KGJ on Ireland’s aviation register.

The aircraft is configured in a two-class layout featuring 16 seats in business class and 150 seats in economy.

Air Astana operates Airbus A321LRs across its international network, providing non-stop connections with such destinations as Antalya, Bangkok, Dubai, Frankfurt, Istanbul, Phuket and Sharm-el-Sheikh. But even the A321LR’s range is not enough to serve London from Astana, which is one of Air Astana’s key markets. Since the airline has to reroute around the closed airspace of Russia, the flight makes a technical stop in Aktau.

Air Astana was A321LR’s launch operator in the CIS, having received the first of its aircraft in October 2019.

The Air Astana Group now operates a fleet of 40 aircraft, comprising 32 Airbus A320/A321 family aircraft, three Boeing 767s and five Embraer E2s. The average age of the fleet is 3.8 years. The group plans to take delivery of further five neos before the end of the year.