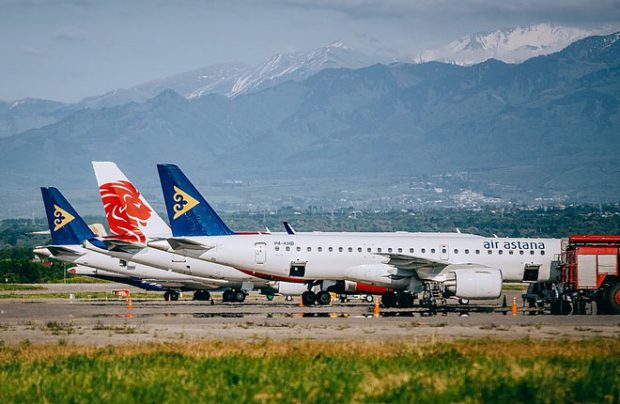 Kazakhstan’s Air Astana Group, a consortium made up of flag carrier Air Astana and its no-frills arm FlyArystan, recorded a 12 per cent revenue growth in the first half of this year. In the period its total operating expenses grew by seven per cent resulting in a 54 per cent improvement of its ‘financial results’, according to a statement.

Between January and the end of June 2019, Air Astana and FlyArystan collectively carried some 2.1 million passengers, a mere one per cent improvement year-on-year, despite the May launch of the country’s first low-cost carrier (LLC) FlyArystan. The traffic growth was driven mainly by a good performance on domestic passenger routes that rose by nine per cent over the same period in 2018. In June alone, the airlines carried 39 per cent more domestic passengers compared to June 2018, and this trend is expected to continue and intensify with the growing positive impact of LCC FlyArystan.

Peter Foster, Air Astana’s president and chief executive, insists: “It is noteworthy that at a time when our competitors announced significantly lower performance in the first half of 2019, Air Astana improved its financial results by 54 per cent. The most significant event of the first half of the year was the launch of [LCC] FlyArystan, which took place exactly at the scheduled time on May 1.

“A significant factor is that [many] of FlyArystan’s customers have flown for the first times in their lives. So we see the new player’s stimulation of the market, which we predicted, and a market growth of more than 30 per cent at major hubs and 100 per cent through regional airports. [Also] our fleet upgrade programme is in full swing. In the first half of this year we received one A320neo, and three new-generation [Embraer] E190-E2 aircraft,” he adds.

“Our unit costs remain among the most competitive in the world, lower than half of our competitors in Europe and Asia, and challenge those of other low-cost airlines on this indicator. The combination of innovation and cost minimisation has led to a significant improvement in results,” Foster explains.

Overall, Kazakhstan’s combined passenger numbers for all airlines declined by three per cent in the first six months of 2019, with 3.75 million people using the country’s air transport industry in the period.