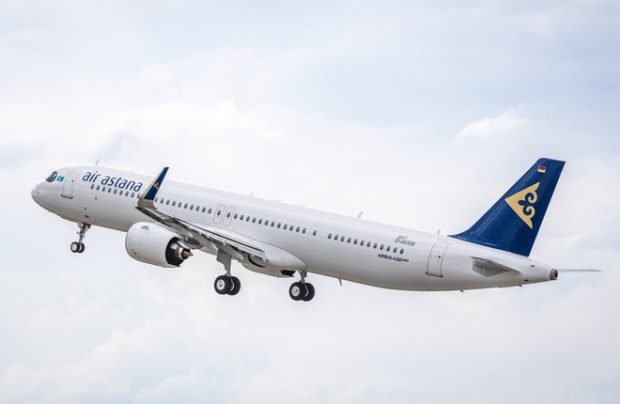 One week after the first A321-200neo LR (pictured) arrived in the CIS, Kazakhstan’s flag-carrier has increased the number of European-made aircraft in its fleet to 20 (Airbus)

The re-engined Airbus A321neo, which was delivered directly from the manufacturer’s Hamburg plant to Almaty on September 27, is powered by Pratt & Whitney PW1133G engines and is configured to carry 28 passengers in business class and 151 in economy.

The airline has told Russian Aviation Insider that the newly arrived aircraft is due to enter commercial operations on October 9.

The aircraft is on lease from the US Air Lease Corporation (ALC) in an initial contract signed at the 2015 Paris air show for four A321LRs, two A320neos and one A321neo. At later point the operator agreed three more long-range A321LR versions. The Kazakhstan carrier became the first CIS operator of the type on September 20.