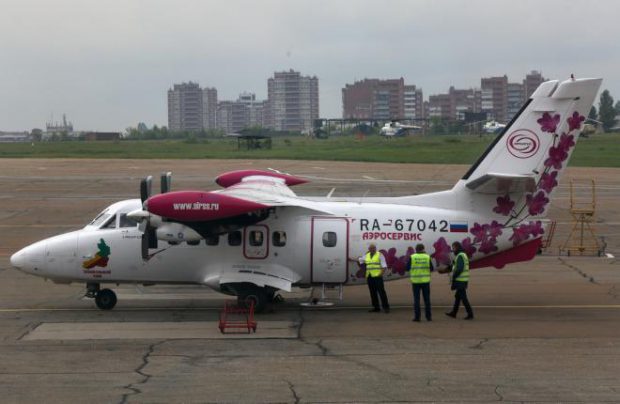 Having received FAP-285 approval Aeroservice is now capable to maintain its own fleet and offer services to other carriers (Photo by Leonid Faerberg / Transport-photo.com)

Russian regional airline Aeroservice from Chita, East Siberia, has been entitled to perform line and base maintenance of Antonov An-2 and Let L-410UVP-E20 aircraft, as well as line maintenance of An-24, An-26/26-100 and Cessna 182T. In November the Russian aviation authorities granted the airline with a FAP-285 certificate, which enables it to maintain its own fleet as well as offer services to third-party operators.

Aeroservice has two L-410UVP-E20, two An-2s and one Cessna T182T in its fleet. Until the operator received its maintenance approval, it resorted to the services of third-party providers, such as the local airport operator, AeroChita.

“We did not have the maintenance approval, because initially we aimed at keeping the company small and outsourcing everything we could. We just couldn’t justify the in-house maintenance facility for two An-2s, because it would have to employ at least 10 technicians,” Ivanenko explained.

To be able to receive the FAP-285 certificate, the operator hired technical staff. “These are mostly former AeroChita’s personnel. We’ll start hiring people from outside the airport, look for young staff. The biggest challenge is to find qualified technicians for An-2,” the top-manager revealed. He also explained that they had obtained the entire set of equipment for L-410 maintenance along with the first aircraft. “We’ve also got everything in place for the An-2and Cessna,” he said.

At least initially Aeroservice will focus on providing services at the local Kadala airport. There is a hangar at the airport for Cessna T182T sized aircraft, and the carrier has no plans to build a larger facility.

Aeroservice will begin with its own fleet maintenance and will offer line maintenance for An-24/26 flying into Kadala.

“Our short-term target is to offset some of our expenses, for instance, labor and training costs, by offering services to other operators. We will try to cover up to 25-30% of our MRO costs by selling our services. It’s important to start with that, and then we’ll see,” Ivanenko concluded.