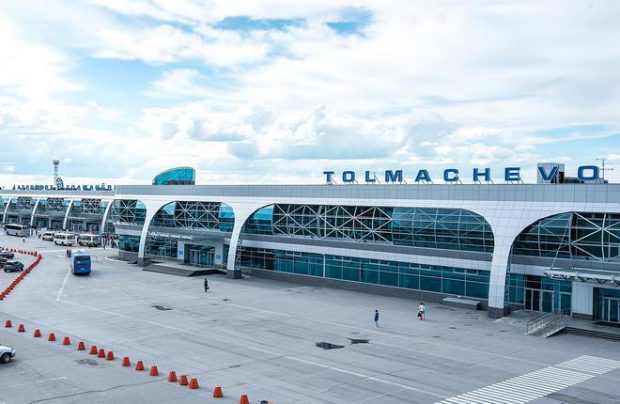 Novosibirsk, Yekaterinburg and Krasnoyarsk, Russia’s three main regional air hubs located beyond the Ural mountain range in the Asian part of the country, have now reported their 2019 operational results.

All three, which have been nominated by flag carrier Aeroflot as its future regional bases, show that whilst Novosibirsk and Yekaterinburg, both of which currently host strong, privately-owned base carriers, have enjoyed steady growth, Krasnoyarsk’s traffic remains flat – and it is Krasnoyarsk from where Aeroflot is planning its first regional expansion.

Novosibirsk’s Tolmachevo airport, home to Aeroflot’s main rival, the privately-run S7 Airlines, has demonstrated the highest growth rate of the three. Last year it processed 6.747 million passengers, a 14.2 per cent improvement on the previous year. Of the total number, 4.903 million passengers travelled domestically (up 14.5 per cent year-on-year), and the remaining 1.844 million used international flights (up by 13.3 per cent).

Base carrier S7 Airlines enjoyed a 12.4 per cent growth rate in the same period as it successfully developed its hub operations from Tolmachevo, offering both west- and eastbound connections that resulted in a 27 per cent increase in transfer traffic through the airport last year. In 2019, the number of transfer passengers passing through Tolmachevo reached 1.73 million, representing 26.3 per cent of its total traffic, fourth only to Moscow’s three airports. The number of aircraft movements in the year increased by 13 per cent, exceeding 33,000. The airport also processed 34,100 tonnes of freight (up seven per cent year-on-year).

Tolmachevo’s route network includes 95 destinations, in a business for which some regional routes are supported by the administration of the Novosibirsk region and by state-procured subsidies.

Yekaterinburg’s Koltsovo is home base to the privately-run Ural Airlines, Russia’s fifth largest passenger carrier. In 2019 the airport, which is managed by Airports of Regions, handled 6.363 million passengers, a 4.3 per cent improvement on the 2018 results. Domestic traffic grew by 6.7 per cent to 4.297 million passengers, boosted mainly by direct regional flights to more than 40 cities across Russia, patronised by 2.168 million travellers, up 14.5 per cent on last year.

Koltsovo’s international segment remained level at 2.66 million passengers, as a network consisting of a mixture of 109 scheduled and charter services was served by 42 airlines last year.

Krasnoyarsk airport is the smallest of the three hubs, having served 2.569 million passengers last year. It is located in the heart of Siberia – and since the demise of KrasAir in 2009 – the airport has had no strong base airline. Yemelyanovo airport demonstrated a modest two per cent traffic increase in 2019 but is expecting a more dynamic growth once Aeroflot has embarked on its regional development programme.

The bulk of Yemelyanovo’s 2019 traffic – 1.975 million passengers – travelled domestically. Transfer traffic grew by 23 per cent to 86,000 passengers, but constitutes a mere 4.4 per cent of the total.

Last year the number of aircraft movements at Krasnoyarsk increased by 12 per cent to 15,397, as 27 airlines offered flights to 67 destinations. The airport serves as a second base to the Moscow-headquartered NordStar, which flies regional routes from Yemelyanovo utilising ATR 42-500 turboprops.

Under the expansive regional development project, a collective agreement between the administration of the Krasnoyarsk region, Aeroflot and Krasnoyarsk Airport was signed in March 2019 whereby Aeroflot will base several Russian-built Superjet 100s as well as Boeing 737s at Krasnoyarsk, with the aim of developing regional air connections across Siberia and beyond. Aeroflot has already launched ticket sales for flights from Krasnoyarsk to five cities in Siberia and to several Black Sea coastal leisure travel destinations. Aeroflot’s further plans include direct flights to China and other countries in Asia from Krasnoyarsk.