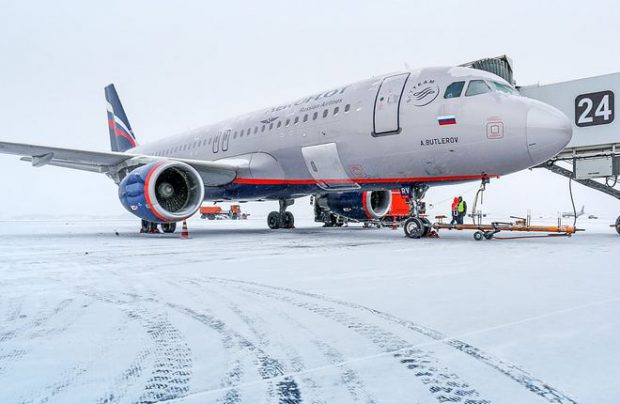 The report shows that Aeroflot’s net profits reached 5.28 billion roubles last year against 2.8 billion in 2018, as revenues increased by 9.3 per cent to 551.8 billion roubles. The airline moderately increased its number of flights by 6.8 per cent, which generated an additional 3.8 per cent of passenger turnover, thereby exceeding the 100 billion RPKs milestone and setting a new record in the airline’s log. Overall the flag carrier’s passenger numbers climbed by 4.1 per cent to 37.2 million last year.

At the same time, Aeroflot found its financial performance was negatively affected by a combination of rising costs and currency fluctuations. “In 2019 the rouble appreciated against the euro by two per cent year-on-year and depreciated against the US dollar by 3.2 per cent,” the report advises. The cost of sales rose by 7.8 per cent under “macroeconomic and industry factors,” Aeroflot states. The main contributors to increased costs were increases in airport and ground handling fees (up by 21 per cent year-on year) and fuel costs (up by 1.5 per cent), following a seven per cent increase in the airline’s flight hours and amounted to a total of 1.97 billion roubles. Fleet maintenance costs also climbed “due to the higher number of maintenance procedures, the increased volume of operations and changes in the US dollar rate,” says Aeroflot.

In 2018, in the wake of sky-rocketing fuel prices and tightened competition in the air travel market, Aeroflot’s RAS-reported net profits plunged tenfold to 2.8 billion roubles compared to 28.4 billion in 2017.