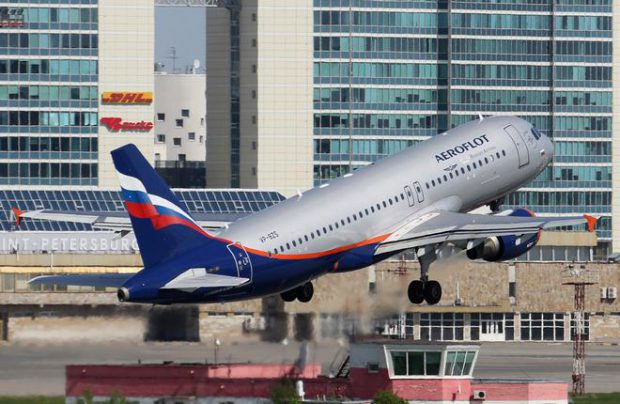 (Photo by Fyodor Borisov / transport-photo.com)
Domestic traffic growth for Aeroflot almost came to a halt in July after a long period of continuous rise. In July Russia’s largest airline carried 1.325 million passengers on domestic routes, a mere 0.4% more than in the same month of last year. The growth rate has been slowing down since May – June’s operational results showed 6.3% YOY increase.
The airline did not explain the reasons behind the slowdown. However, Aerflot’s spokesperson mentioned change of plans in the new aircraft delivery schedules for the summer season, which, he said, affected the carrier’s passenger turnover, bringing it down 7.2%.
At the same time, Aeroflot’s international traffic continued healthy growth to 1.456 million passengers in July, up 10.1% YOY, and a continuation of the upward trend from June’s 6.6% growth rate.
The total traffic last month grew 5.3%, against 6.5% YOY increase in June. In the first seven months of 2016 Aeroflot’s operational results improved 10.9% compared to the same period last year, with 16.219 million passengers served. Some 6.944 million passengers traveled with Aeroflot within Russia (up 14.9% YOY), and the remaining 8,239 million passengers used the carrier’s international service, up 7.3%.

From January to July the Group’s total traffic increased 9.4% to 24.122 million passengers, including +10.4% (to 14.173 million passengers) on domestic and +8% on international routes.
Earlier, commenting on the slowdown to Kommersant Daily, a source in the airline emphasized that Aeroflot intentionelly limited its growth rates to keep its share of the Russian air travel market under 50%. According to Federal Air Transport Agency, in the first half of 2016 Aeroflot Group was accountable for 51.7% of all traffic served by Russian airlines.
Russia’s cumulative traffic in the first half of the year shrank 7.6% compared to the same period of last year.