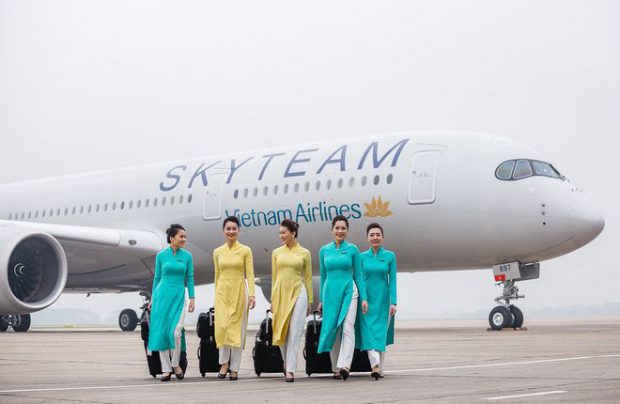 The two flag carriers, which are both members of the SkyTeam global airline alliance, will code-shared on both domestic and international routes (Vietnam Airlines)

Following the signing of a strategic cooperation memorandum last year, Aeroflot and Vietnam Airlines are to start a code-share relationship on both domestic and international routes in Vietnam and Russia from July 1.

The enhanced connectivity is made possible with the relocation of Vietnam Airlines’ Moscow operations to Sheremetyevo Airport (SVO), the main hub for SkyTeam Alliance member airlines, in July of this year.

The two flag carriers, which are both members of the SkyTeam global airline alliance, will code-shared on the following flights: services operated by Aeroflot including the Moscow (SVO) to Hanoi/Ho Chi Minh City route; Moscow (SVO) to St Petersburg, Ufa and Krasnodar. At the same time, code share flights operated by Vietnam Airlines will include the route of Hanoi to Moscow (SVO), and services linking Hanoi/Ho Chi Minh City, the holiday destinations of Phu Quoc and Nha Trang as well as Ho Chi Minh city to Phu Quoc and Nha Trang.

Vietnam Airlines offers three direct flights per week between Hanoi and Moscow, operating a Boeing 787-9 aircraft on the route. Aeroflot operates nine flights per week on routes between Moscow and Vietnam, with a daily flight to Hanoi and a twice-weekly service to Ho Chi Minh City, utilising Airbus A330s and Boeing 777s.

Some 25 years after its first flight, the Vietnamese carrier has transported more than 1.6 million passengers between Vietnam and Russia. In 2018, Russia was ranked as the sixth largest source of international visitors to Vietnam with the number of arrivals predicted to increase to one million by 2020.