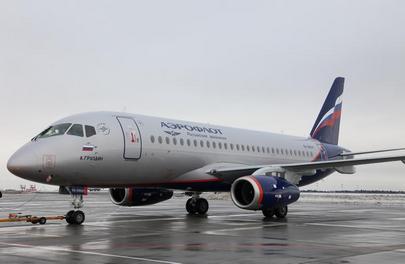 Aeroflot wants its subsidiaries to operate SSJ 100 (Photo by Aeroflot)

“Up to ten aircraft may be transferred to Rossiya. The question as to where they will be based and where they will fly is another matter. We want our subsidiaries to operate SSJs as well,” Saveliev said.

These aircraft will be for the new batch of 20 SSJ 100s that have been agreed between Aeroflot and Sukhoi Civil Aircraft (SCAC) early in 2015. Saveliev revealed Aeroflot’s plans to transform the letter of intent for these 20 airframes into a firm order. This will be done once SCAC provides the delivery terms and schedule. “All of our internal corporate procedures have been completed to start negotiating this contract. Now it is the SCAC’s turn,” Saveliev said.

Aeroflot remains Russia’s largest operator of the type. It has 27 SSJ 100s in its fleet delivered within the framework of an existing contract for 30 aircraft.

Aeroflot’s top manager also explained that as a result of the joint efforts of the carrier and the OEM the SSJ 100 has healed its toothing problems. SCAC has also started investing in spare parts production; due to intensive operation of the aircraft, more and more components are required.