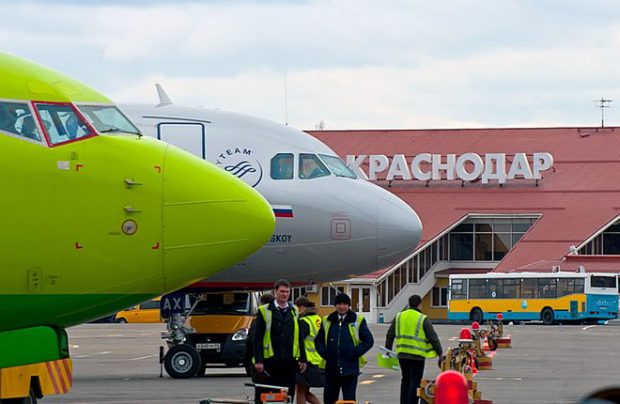 If the actual demand falls short of the latest expectations, Aeroflot may choose to downscale its programme (Basel Aero)

Russia’s premier airline Aeroflot is planning to operate around 1,000 weekly flights (500 rotations) in May – all from Moscow – to 56 cities around Russia, the country’s flag carrier has announced. This is twice as many as in April although, before the Coronavirus crisis, the airline was operating 3,000 domestic flights per week.

According to its newly published schedule, Aeroflot is to make on average 140 flights per day – double that of its April offering. In April the airline chose to reduce its services to between 70 and 80 daily flights, having completely suspended services to several destinations including to Arkhangelsk, Grozny, Kemerovo, Nizhnekamsk, Saratov, Voronezh and other regional cities. Frequencies on some other routes were reduced to just one weekly flight, including destinations such as Barnaul, Gelendzhik, Khanty-Mansiysk and Yakutsk.

As of now, many regions are maintaining a 14-day quarantine period for passengers arriving from Moscow, with the capital being the nation’s most Covid-19-hit city.

Notably, it is the first time in modern history that the national carrier has been surpassed by its privately owned rival S7 Airlines, which is currently operating between 110 and 130 domestic flights per day. S7 Airlines left a large number of domestic flights in its schedule because it operates out of the two bases of Moscow and its Novosibirsk, west Siberian home. The demand for direct travel between regional centres has not plunged as drastically as for to Moscow, which remains under a stringent quarantine lockdown regime. Before the pandemic, S7 Airlines operated some 300 flights per day on average.

Russian airlines suspended all of their international services after the government closed national borders to stop the spread of the infection. According to national aviation regulator Rosaviatsiya, in March, Russian airlines’ traffic decreased by 26.6 per cent, whereas Aeroflot reported a 41.5 per cent decline in passenger numbers.

According to Russia’s International Airport Association, domestic traffic through Russian airports plunged ten-fold in the first week of April compared to the same period last year and have continued on a downwards path, reaching a 20-fold decline in the third week of this month.

The outlook for May is somewhat more optimistic, as a slight weakening of quarantine measures is expected in the second part of the month, a source close to Aeroflot Group has revealed. However, if the actual demand falls short of the latest expectations, the airline may choose to downscale its programme. In the meantime, industry analysts do not foresee a significant revival of air travel in May, but expect the demand may start to recover in June. Ahead of the beginning of the holiday season, traffic is forecast to remain at its current minimal levels.