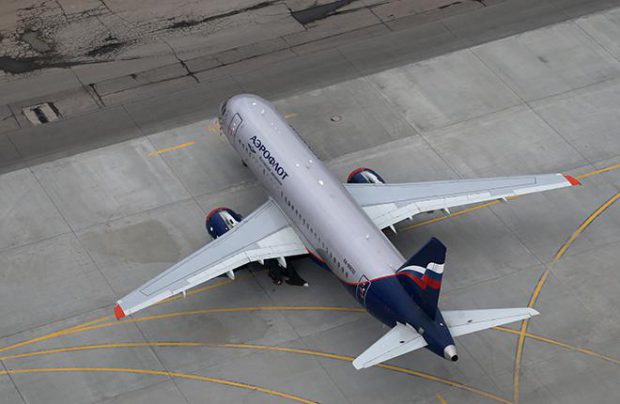 With 30 SSJ 100s in its fleet Aeroflot is currently the world’s largest operator of the aircraft (Photo by Fyodor Borisov // transport-photo.com )

Aeroflot, which has recently commissioned 30 Russian-made Sukhoi Superjet 100 regional jets, hopes to receive the second batch of 20 aircraft of this type in 2017-2018, the airline’s CEO Vitaly Saveliev mentioned during his meeting with Russian President Vladimir Putin.

“We expect to receive 20 SSJ aircraft in 2017 and 2018, if our colleagues from Sukhoi Civil Aircraft (the aircraft manufacturer – ed.) can keep up the pace,” the head of Aeroflot said. He added though that the parties are still negotiating the delivery timeframe.

Ilya Tarasenko, then president of Sukhoi Civil Aircraft said in July the firm contract would be signed till the end of the year adding that all technical details had been settled and negotiations with lessors were underway.

Memorandum of understanding for the delivery of 20 SSJ 100s was singed in January 2015. Upon completion of the contract, Aeroflot, which is already the world’s largest SSJ 100 operator, will have 50 aircraft of this type at its disposal. However, the carrier might also hand over up to 10 of them to subsidiary airline Rossiya.

Aeroflot also plans to purchase another new Russian type – MC-21 single-aisle airliner. Saveliev confirmed the carrier works on the contract for 50 airframes of the type. The MC-21 Russian certification is scheduled for 2018.