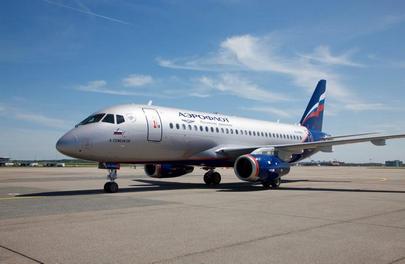 Aeroflot has announced that it has recently taken delivery of two Russian regional aircraft Sukhoi Superjet 100s (SSJ 100). Both are being leased from Sberbank Leasing.

The SSJ 100s, with registration numbers RA-89065 and RA-89059, are fitted with expanded full configuration and have already been put in use. They are equipped to handle 87 passengers: 12 in business class and 75 in economy.

Sberbank Leasing has already leased 19 SSJ 100s to the operator. Aeroflot received an additional ten of such aircraft from the company VEB-Leasing.

Russia’s largest airline has yet to receive one more SSJ 100, within the framework of the contract for 30 of the regional aircraft. According Sberbank Leasing, Aeroflot has acquired the aircraft in order to develop its regional passenger network.

Aeroflot has, as expected, signed another hard contract for 20 aircraft of this type. An LOI for the purchase of these aircraft was signed back in January of last year. Up to 10 of these could be transferred to Aeroflot’s subsidiary airline Rossiya.

This year so far, Aeroflot’s fleet has totally increased by three narrow-body Boeing 737-800s, a wide-body Boeing 777-300ER, four Airbus A320s and five SSJ 100s. At the same time, from January to April of this year, the airline phased out five Airbus A319s, one Airbus A320 and three Airbus A321s.