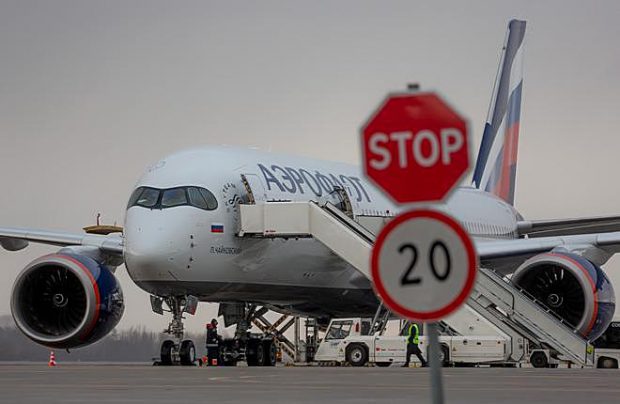 Aeroflot projects it will have to put into storage 20 wide-body aircraft, but Airbus A350 is not affected (Marina Lystseva / Transport-Photo)

Aeroflot, Russia’s flag carrier and the largest airline in the eastern European region, has started to gradually ground a large part of its fleet after its international flight programme was substantially reduced in the wake of the COVID-19 outbreak.

It may have to park up to one fourth of its total number of 247 aircraft, reducing the fleet by seven out of 10 of the aircraft types it operates. The only aircraft unaffected by the grounding is the new Airbus A350. The Aeroflot press office has chosen not to comment on whether the airline will continue with its ambitious fleet renovation plans for this year, which suggest a net growth of 42 aircraft.

According to the airline’s first iteration of its fleet adjustment schedule up to December 2020, the peak of the reduction will be in August when Aeroflot projects it will have to put into storage 65 aircraft: 45 narrow-bodies including 23 Superjet100s, nine Airbus A320s, seven A321s, six Boeing 737s – and 20 wide-bodies consisting of 11 A330s and nine Boeing 777s, all of which adds up to 26 per cent of Aeroflot’s entire current fleet. However, this scenario looks overly optimistic, as many more aircraft will have to be mothballed, industry experts believe.

The global air travel market is changing daily and, using public tracking services, Russian Aviation Insider is basing its observations on March 20 data. On that day, 49 of the airline’s aircraft were on the ground, including 21 SSJ100s sitting at airports around Moscow, 12 A320s at Kazan, Moscow, Ufa and Ostrava, four A321s at Moscow, 10 Boeing 737-800s at Moscow, Orenburg and Rostov, an A330 at Moscow and a Boeing 777 at Shanghai. The reasons for parking aircraft at regional airports are obvious. “It’s not just the [cheaper] cost [of storage],” a source at the airline has explained to Russian Aviation Insider. “It’s simply impossible to base all these aircraft at Sheremetyevo. There’s not enough parking space at the airline’s main base.

With last year’s share of traffic in Aeroflot’s international business exceeding 52 per cent, the on-going ban on international air travel means that Russia’s flag carrier has more redundant capacity than any other airline in the country. Although Aeroflot has been granted the near-monopolistic rights to all existing allowed international air connections, in reality it is permitted to fly to just 20 of its roughly 150 routes. In the meantime, the airline’s board of directors is planning to come up with a COVID-19 anti-crisis plan at a March 25 meeting.

By comparison, S7 Airlines, Russia’s second largest carrier, which has a 27 per cent share of international travellers, has expressed the hope that all of its 100 aircraft will remain in service, the airline’s spokesman points out.