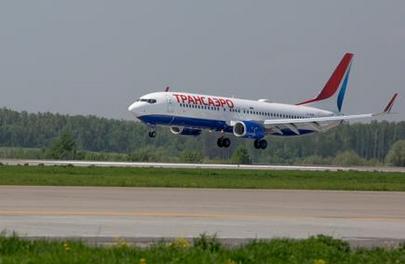 This Boeing 737-800 is likely to be handed over to Aeroflot (Photo by Leonid Faerberg / transport-photo.com)

Aeroflot today signed a Letter of Intent with Sberbank Leasing to acquire 14 Boeing aircraft, formerly intended for Transaero, which stopped flying on October 26. The aircraft, mostly 737NGs will be operated by Aeroflot itself and its subsidiaries, the carrier said in a statement.

“Today’s agreement with Sberbank Leasing is the first step to accept aircraft, which were initially intended for Transaero, to Aerofot’s fleet. Part of Transaero’s fleet and routes are transferred to us along with half of its staff, about 6,000 people. We need the operational capacity, above all, to provide work for these people,” explained Aeroflot’s deputy general director for finance and revenue management Shamil Kurmashov. “Thus, Aerofot is handling one of the vital social tasks, assigned by the government in the aftermath of Transaero leaving the market.”

Besides that, Sberbank Leasing leased five Boeing 747s aged 24 to 15 years to Transaero.

Earlier, Aeroflot’s general director Vitaliy Saveliev mentioned that he was interested in 34 of Transaero’s aircraft, including Boeing 737, 747, 767 and 777.