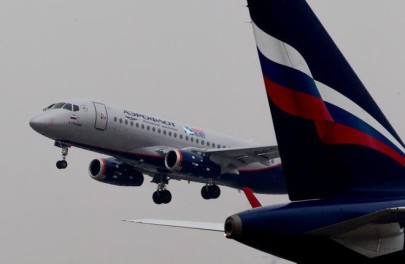 Aeroflot should remain in the hands of the state, the Russian flagship carrier’s general director Vitaliy Saveliev emphasized in an interview to the Financial Times. The Russian government, which holds a 51.2% stake in the carrier through Rostec corporation, has not yet indicated a wish to put its shares up for sale. But Saveliev expressed concern that it may be pressed to do so in the urge to top the increasingly deficient budget. Although there won’t be lack of interested investors, Aeroflot’s top-manager warns against the move.

“I believe that for a country like Russia, it is dangerous not to have a state-run airline,” Saveliev is cited by the Financial Times. He explained that the carrier is obligated by the government to operate vital but unprofitable domestic routes across Russia’s vast but sparsely populated lands. At the same time, Aeroflot is the first and largest Russian operator of the Sukhoi Superjet 100 aircraft, with 29 of the type in its fleet. Saveliev also reminded that in the aftermath of its main competitor Transaero’s bankruptcy last year, Aeroflot had to settle the matter with the bankrupt airline’s 1.96 million remaining passengers, taking them to their destinations or providing a refund.

All of these costly tasks set by the state resulted in the airline’s net loss of 6.5 billion rubles (roughly $84.5 million) at the end of last year.

The question of privatization would not be taken off the agenda, Saveliev admitted. However, he advised strongly against the move in the near future while the Russian economy is still in a recession, arguing that it “would not be beneficial for the state or the airline,” the Financial Times writes. Though Aeroflot’s share ruble prices are on the upward curve, sharp devaluation of the national currency led to the carrier’s capitalization in dollars being “halved compared to 2014 level”, which makes the sale unreasonable.

In a summary, Saveliev argued that Russia needed a state-run airline, which could compete on the international market with other legacy carriers, such as the Emirates or the German Lufthansa.