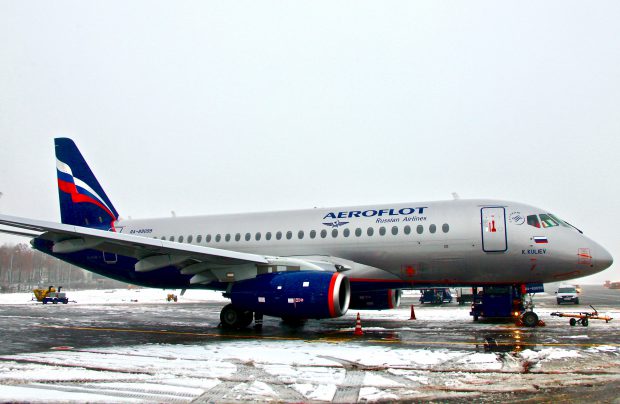 In the opinion of the authorities, state-owned Aeroflot carries a social responsibility when it comes to supporting local state-owned aircraft manufacturing industry (Aeroflot)

Despite the recent fatal Superjet 100 (SSJ100) crash at Moscow’s Sheremetyevo airport and questions it raised, Russia’s state-owned Aeroflot is nevertheless ready to firmly sign a follow-on order for up to 100 new SSJ100 regional jets, thereby fulfilling the plans originally announced in 2018 and carrying a social responsibility towards supporting local state-owned aircraft manufacturing industry.

With Aeroflot deciding not to turn down the new Sukhoi Superjet 100s, the carrier is ready to sign the contracts this year, according to Vitaly Savelyev, the airline’s chief executive.

“We [have not] refused to purchase either the 100 SSJ 100s, or the [planned] additional 35 MC-21s and we [confirm that we] are ready to sign the contracts for the Sukhois this year. The contract creation, the delivery schedule, and the terms of the agreement remain in progress,” he has affirmed.

An announcement that 10 SSJ100s could be delivered this year to Aeroflot by manufacturer Sukhoi Civil Aircraft Company (SCAC) was reported in June by Yury Slyusar, the head of United Aircraft Corporation (UAC), SCAC’s parent company. “There are contracts in force with a number of regional airlines; and the deliveries of 10 aircraft to Aeroflot are [already] on track,” he said.

All 100 SSJ100s are intended to be handed over by 2026 to Russia’s biggest state-controlled carrier. In addition, the carrier is also awaiting the MC-21s, deliveries of which are expected to start in 2021.

Considering the late August timing of the upcoming Moscow Aerospace Show (MAKS) – the main annual showcase event for Russia’s aviation industry achievements – it can be reasonably assumed that the completion contract will be signed there.

The contract negotiations come despite the crash landing of the Aeroflot SSJ100 at Moscow’s Sheremetyevo airport on May 5, when 41 people tragically died. Following that disaster, RusLine dropped out of negotiations to lease 18 Superjet 100s asserting “reputational risks” and Yamal Airlines announced that it would no longer increase its fleet with aircraft of the type.

It is generally considered that, in the opinion of the authorities, Aeroflot carries a certain social responsibility when it comes to supporting local state-owned aircraft manufacturing enterprises.