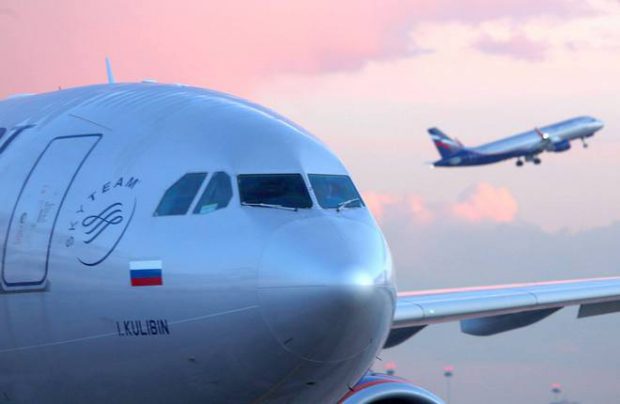 Russia’s two largest airline groups of Aeroflot (including the title carrier, Rossiya, low-cost carrier Pobeda and Aurora Airlines), and S7 Group (S7 Airlines and Globus), have reported all-year high traffic growth rates for July. In doing so, both groups have outperformed the Russian industry average of 6.3 per cent year-on-year, the year’s lowest, according to figures provided by Rosaviatsiya, the country’s aviation regulator.

As in previous months, S7 Group’s traffic grew faster than Aeroflot at 13.7 per cent to a total of 1.7 million passengers, of which some 1.2 million travelled within Russia. The growth was driven primarily by the larger of the group’s subsidiaries, S7 Airlines (Sibir), which alone achieved a record of 20.8 per cent. Igor Veretennikov, the group’s commercial director reveals that the European summer resorts of Montenegro, Spain, Turkey, Bulgaria and Cyprus ranked highest on the international destination list, as well as Germany’s Dusseldorf and Munich, which are recognised starting points for car trips across Europe. In Russia, Sochi, Krasnodar and Mineralnye Vody proved the most popular.

In the same month, flag carrier Aeroflot and its sister airlines collectively carried some six million passengers, up 12.4 per cent year-on-year. The group’s international traffic grew by 9.7 per cent to 2.6 million passengers, whereas the domestic segment improved by 14.6 per cent to 3.3 million. The group’s low-cost subsidiary Pobeda Airlines improved on its results of the first half of 2017 by an impressive multiple of 1.5 times, making it the fastest growing carrier in the group. Although it has ceased publicising its results, according to Russian Aviation Insider’s own estimates, in July Pobeda’s traffic reached 0.7 million passengers, up 60 per cent year-on-year.

The group’s total results were also boosted the performance improvement for the first time this year of Rossiya Airlines. In July it carried 1.5 million passengers, up 5.6 per cent on the same month of last year.

Aeroflot itself reported a 9.7 per cent traffic growth, its highest rise since the beginning of 2018. The national carrier’s international service was more in demand than domestic routes, having been used by 1.83 million passengers (up by 6.9 per cent) against 1.78 million (up 12.8 per cent) respectively, combining to a total of 3.6 million passengers in July.