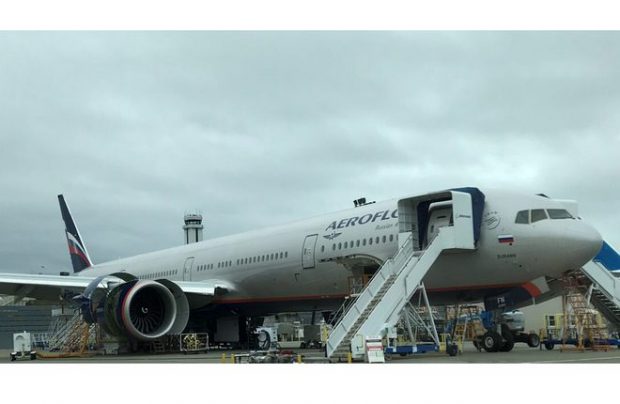 On February 15 Abu Dhabi-based lessor Aurum Leasing Limited delivered a new Boeing 777-300ER wide-body to Aeroflot. The news was revealed by Russia’s State Transport Leasing Corporation (GTLK), whose subsidiary GTLK Middle East is the partner in the Aurum joint venture. This marks the first delivery of a Western-built aircraft to Russian national carrier, which suspended its fleet renewal programme with the onset of COVID-19 induced crisis in April 2020.

The current delivery is the second sale-and-lease-back transaction between Aurum and Aeroflot, after the similar-schemed delivery of an Airbus A350-900 almost a year ago.

The newly added 777 is believed to be the GE90-115B-powered aircraft with registration VQ-BFN (MSN 65310), which made its first flight in March 2020. It was initially due for delivery to Aeroflot in the summer of 2020 – on its web-site Aurum cites the transaction as closed in June 2020. For the last six months the aircraft was stored at Victorville airport in California, from where it returned to Boeing’s Seattle base in early January to prepare for delivery.

Notably, this aircraft offers the highest capacity in Aeroflot’s fleet – its cabin is configured with 427 passenger seats and includes an all-new business class section. The 28 business-class seats in 1-2-1 configuration each with its own access to the isle. There are 24 seats in premium economy (2-4-2) and 375 in economy (3-4-3). This contrasts with Aeroflot’s existing 19 triple-sevens, which can seat 402 passengers – 30 in business class (2-2-2), 48 in premium economy and 324 in economy class.