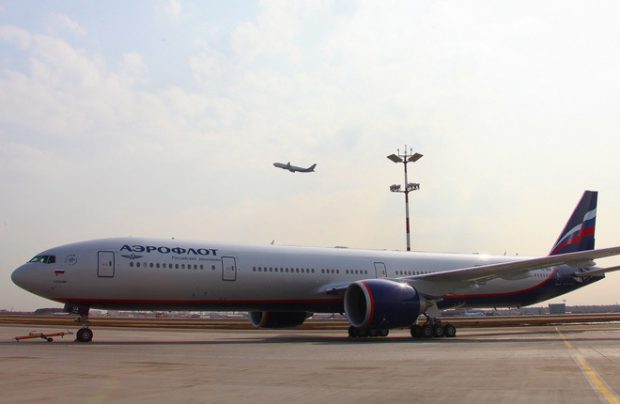 The deficit comes despite the fact that revenue for the period was 252.86 billion roubles, up by 15.4 per cent year-on-year, helped by the effects of the rouble depreciation against the euro (2.8 per cent year-on-year) and the US dollar (10.1 per cent), as well as the carrier’s expanding operations. During the first half of the year Aeroflot transported some 17.8 million passengers, 9.7 per cent more, following the expansion of its route network and an increase in flight frequencies to some destinations.

However, the cost of sales in the period grew by 17.9 per cent year-on-year to 269.35 billion roubles as a result of the company’s expansion and the affect of  unfavourable “macroeconomic factors”.

Leasing, aircraft and engine maintenance costs increased due to the expansion of Aeroflot’s leased fleet by eight aircraft over the last 12 months, as well as US dollar dynamics versus the rouble in the period. Ground costs, including charges for air navigation services and airport fees all grew in the period following an increase in the airline’s activities and as well as higher tariffs charged by Russian airports.

Active capacity management and currency effects resulted in a continuing positive trend in yield (+3.7 per cent year-on-year in the first half of 2019) and RASK (+2.8 per cent), the airline notes.

On the positive side, the airline has also reported a “stabilising financial result” for the second quarter, with net income of 2.73 billion roubles (+74.1 per cent year-on-year), a factor that softened the blow of the six-month 2019 14.1 billion net loss after the very disappointing first quarter results.