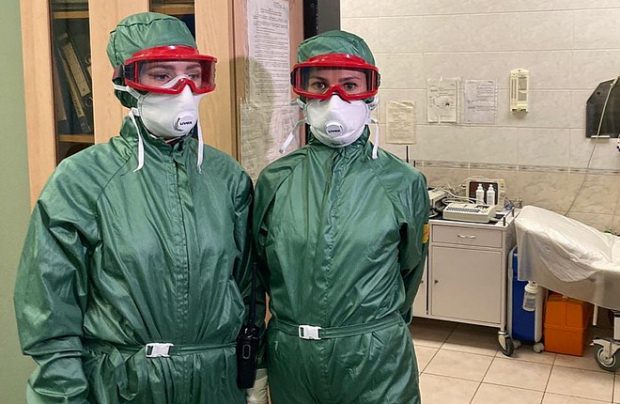 All travellers arriving in Russia from China are being handled at the Moscow Sheremetyevo Terminal F facility, at which tightened quarantine measures have been imposed (Sheremetyevo)

Aeroflot is currently Russia’s only passenger airline allowed to continue scheduled services between Russia and China in the wake of extensive travel bans aimed at mitigating the spread of coronavirus. All passengers arriving in Russia from China are being handled at the Moscow Sheremetyevo Terminal F facility, at which tightened quarantine measures have been imposed.

Industry experts point out that, as many European airlines have suspended all flights to China, Aeroflot may pick up not only direct traffic between Russia and China, but significant transit traffic too.

Aeroflot has managed to sustain all of its regular routes – to Beijing, Shanghai, Guangzhou and Hong Kong – despite the countrywide ban on air travel to China announced on January 31 by vice-prime minister Tatyana Golikova, who also heads the anti-virus workforce. In January, besides Aeroflot, a total of 10 other airlines, including S7 Airlines, Ural Airlines, Yakutiya, Iraero, Nord Star, Azur, Nordwind, Pegas Fly, IFly and Royal Flight, collectively operated 54 weekly flights to destinations in China from 23 cities across Russia. Eight Chinese carriers operated 37 weekly flights. Collectively, in January, they served some 200,000 passengers.

Russia’s number two carrier, the privately-held S7 Airlines, has contested the solution imposed by the Russian government, with the country’s largest scheduled carrier to China claiming that the bulk of Russian passengers travelling to China originate from Siberia and the far eastern regions, not capital.

“If you look at the sales statistics through the third week of February, you’ll see that the number of passengers [who reserved tickets from China] to Siberia is twice the number of those traveling to Moscow. So, if any passenger turns out to be infected, the number of contacts with connections in Moscow will double,” the airline argues. That is why S7 Airlines has suggested facilitating the return of Russian travellers from China by allowing operations from a second hub, in Siberia. Before the ban, S7 operated flights to China both from its Siberian Tolmachevo base airport and from Vladivostok in Russia’s far east. On January 31 it advised its passengers to cancel their travel plans to China.

Meanwhile, a source close to Ural Airlines has revealed to Russian Aviation Insider that, in 2019, the airline carried 160,000 passengers from China through its Yekaterinburg Koltsovo base airport, including transfer passengers who continued their travel to European destinations.

Boris Rybak, head of the Infomost aviation consultancy, believes the “extremely strange” solution imposed by the government is hard to believe. “Whilst trying to protect the population from the virus, the authorities have left a huge gateway for infection. Furthermore, such a solution creates a serious imbalance in the market in favour of one airline,” he adds. “If the spread of the virus can be controlled at one airport, then why wouldn’t the authorities set up similar measures at Koltsovo, Tolmachevo or Vladivostok?” he questions, adding that the solution looks like preferential treatment for the state-owned Aeroflot.

Now that many European carriers have suspended all their flights to China, Aeroflot may also pick up their traffic, which has been on the rise in the previous years.