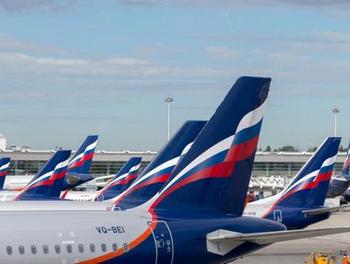 Aeroflot Group’s operational results for the first eight months of 2015 indicate a 13.3% traffic growth, leaving the other Russian carriers well behind.

Russia’s major airline and it subsidiaries served 26.3 million passengers in January-August. In line with the current trend, traffic grew on domestic destinations only (from 11.6 mln passengers in 2014 to 15.4 mln, or up 33.4 year on year), whereas international traffic continued to shrink from 11.7 mln pax to 10.9 mln passengers (down 6.7%). The domestic seat load factor grew to reach to 78.7, while the figure for international routes fell to 79.3.

In August, Aeroflot’s overall traffic grew 13% year on year; the carrier’s domestic traffic grew 34.1% to 2.6 mln passengers. Aeroflot names a 32.6% increase in capacity, as well as the growing popularity of domestic travel and the evolution of its low-fares service, as the major factors behind that growth. International traffic fell 9.2% to 1.7 mln passengers. This trend necessitated an optimization of the subsidiaries’ fleets and their refocusing on domestic routes.

Aeroflot Group, which also includes Aeroflot’s five (Rossiya, OrenAir, Donavia, low-fares Pobeda and the Far-Eastern regional operator Aurora), had 260 aircraft in its combined fleet at of late August, having added three additional airframes to the total count since the beginning of 2015. Ten Boeing 737-800s and a single Airbus А319, as well as four regional Sukhoi Superjet 100s and three Вoeing 777-300ER widebodies, have entered service, whereas nine Boeing 737-800s, one Airbus А320, and five Ilyushin Il-96s have left the fleet this year.

The other airlines on Russia’s Top 5 list demonstrated mixed results. S7 Group (which includes the homonymous mainline carrier and its regional sister company Globus) carried 1.2 mln passengers in August, up 6.6% year on year. Ural Airlines served 724,800 passengers, up 10% on last year’s August. Transaero and UTair did not make their results available.