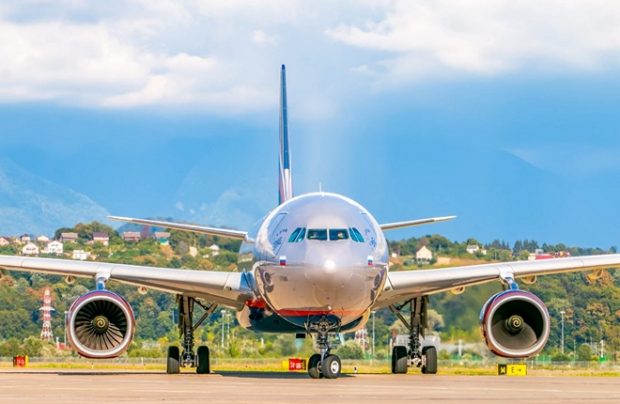 Starting April, Aeroflot Group has been working on developing its latest project – using Sochi International (IATA: AER), the largest airport on Russia’s coast of the Black Sea, as its new full-scale hub in the south of the country with a wide-spread network of regional and international routes.

Setting up a new hub – its third one after capital’s Moscow Sheremetyevo (SVO) and Krasnoyarsk (KJA) in Siberia is seen as the optimal solution to today’s challenging environment. It allows Russia’s national airline group to carry on with its social mission of improving accessibility of Russian regions and serving the population by sustaining international connections, which are important travel and business destinations.

One of the key initiatives within the project is launching an extensive flight programme from Sochi operated by Rossiya Airlines’ Russian-built Superjet 100 (SSJ100) regional jets in April 2022. It offers convenient connections for passengers traveling from the group’s other base airports: Moscow Sheremetyevo (SVO), Saint Petersburg (LED) and Krasnoyarsk (KJA).

TO SOCHI DOMESTICALLY, FROM SOCHI – INTERNATIONALLY

The programme is tailored to the range (2,400 km) and passenger capacity of SSJ100 regional jets. Seven of the type are now based at AER, all configured with 87 seats – 12 in business and 75 in economy class. The fleet is set to grow to 10 aircraft. All these aircraft are leased from Russian financial institutions and registered in Russia. Rossiya Ailines is the world’s largest SSJ100 operator with 72 aircraft of the type in its fleet.

“Such programmes, which are developed from regional airports and cater for transit flows as well as direct traffic, are a great contribution to boosting transport infrastructure across Russia. They also stimulate those airports, where Aeroflot is present, to improve their services and upgrade,” says Rossiya’s representative Sergey Starikov. “We are confident that the new destinations will prove popular across different passenger categories, both for business travel and tourism.”

Aerodinamika Group, which manages Sochi airport, provides full support to help Aeroflot Group “establish full-fledged regional and international hub operations in the south of Russia.” Alexander Nikonov, director for aviation commerce at Aerodinamika, says the group expects Rossiya flights to be “in demand across the existing network from Sochi”, which in the summer season includes over 60 destinations. “We hope this network will contribute to high seat loads on Rossiya’s international flights”, Nikonov says.

Sochi is not only a transit hub for Russian travelers, being itself a popular holiday destination for incoming tourists, thanks to its wide variety of holiday settings and activities, and high levels of service. In the summer season Aerodinamika faces increased interest from travel companies and “is in close cooperation with Rossiya” in terms of generating tourist flows both into and through Sochi.

Aeroflot Group says it “continues to exploit perspectives for further developing international programme from Sochi as well as from other cities across Russia.” In June flag carrier Aeroflot launched to Sochi its programme of daily regional flights across a network of ten domestic destinations – Saint Petersburg, Kazan, Yekaterinburg, Krasnoyarsk, Perm, Tyumen, Ufa, Samara, Nizhniy Novgorod and Omsk. These flights are operated by Airbus A320 narrowbody airliners. The programme is aimed at providing passengers from these mostly northern cities with a direct and cost efficient way to visit the Black Sea resort. These flights also serve as feeder flights for Rossiya’s international network from Sochi. According to Aerodinamika, the share of transit passengers on Rossiya’s international flight from the airport is between 50 and 70 per cent. Most transit passengers travel from Aeroflot’s other base airports – Moscow Sheremetyevo, Saint Petersburg and Krasnoyarsk.

Aerodinamika estimates that Aeroflot’s regional programme in Sochi will generate up to 300,000 passengers in the summer season.

Sochi International Airport is part of Aerodinamika Group. In the summer navigation season its network includes over 60 domestic and 22 international destinations. After flights at 11 airports in the southern and central parts of Russia were temporarily suspended, Sochi became a focal point and important transfer center for arriving passengers in the region, replacing the airports of Krasnodar, Anapa, Gelendzhik and Rostov. In the summer season AER hired up to 370 employees of Krasnodar and Anapa airports to work at Sochi, and leased some of the airports’ idling equipment.

In the six months from January through June 2022 Sochi handled 4.68 million passengers, which is just six per cent below the same period of 2021. Its international traffic grew 8 times to 325,700 passengers. There were 16,85 aircraft movements. The cargo volumes increased by 33 per cent to 2,120 tons.

Starting June 1 the airport has been working as a transfer center once the baggage transfer technology was put in place. “Before such wide international programme was developed from Sochi, there was no need for implementing baggage transfer capabilities, as most passengers chose Sochi as their final destination. Now handing transfer baggage has become essential, as passengers often continue their travel to international destinations,” says Aerodinamika. So now the airport is capable of checking in the passengers’ baggage through to their final destinations. “This is done primarily for passengers’ convenience, as they change to connecting flight at the airport. Baggage transfer means they will spend less time on inspections and other formalities, and minimize contacts with other travelers and staff. This is also beneficial both for the airlines and the airport itself,” managing director of Sochi International, Alexey Komarov comments.

Thus Sochi has taken on the role of a major connection point in the south of Russia. To improve accessibility of resorts on the Black Sea, in Krasnodar region, the administration of Sochi has ministered development of intermodal travel. Having arrived in Sochi by air, passengers may choose to continue their travel by train, high-speed electric trains or shuttle buses. Tickets may be conveniently booked and purchased through Sochi airport website. There are also several projects underway to provide daily high-speed sea connections between Gelendzhik, Novorossiysk, Kerch and Feodosiya.

Flight safety remains Aeroflot’s utmost priority. To ensure safety and dispatch reliability of Aeroflot Group’s fleet operated from Sochi, the group’s own MRO provider A-Technics set up a line station at the airport in October 2021. The new line station is approved by Russian authorities to provide line maintenance on seven aircraft types – Boeing 737NG, Boeing 777, Boeing 747, Airbus A350, Airbus A330, Airbus A320 family (powered by both CFM56 and V2500 engines) and Superjet 100.

The widebody Boeing 747-400 is the latest addition to the station’s capability list – in June A-Technics’ line station at Sochi successfully completed Rosaviatsiya audit, enabling it to service the widebody type. Under its enhanced FAP-285 certificate the organization provides daily checks, defect rectification and other services at AER. A-Technics’ highly qualified technical and engineering staff has extensive experience of working on these aircraft and is assisted with all the necessary tooling and equipment.