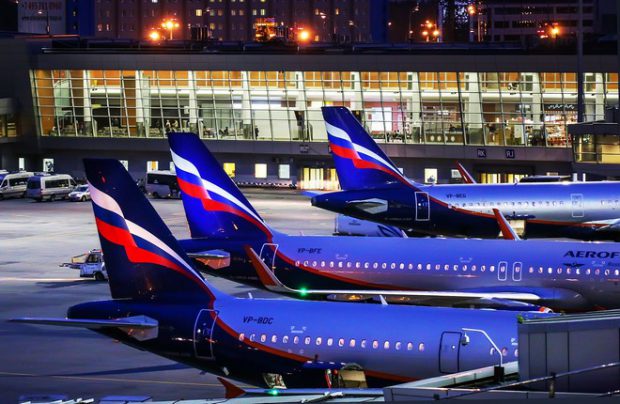 Aeroflot Group is expecting to add 30 million passengers within five years from its already ambitious target of 100 million passengers set for 2023, the centennial anniversary of Russia’s flag carrier. The new roadmap to taking its place among the world’s largest airlines was presented by the group’s general director Vitaly Saveliev in course of a meeting with Russia’s prime minister Mikhail Mishustin. The new strategy for Russia’s largest airline group covers a five-year period between 2023 and 2028 and is titled 30/30. The first figure implies precisely the additional 30 million passengers, which would bring the group’s total traffic to 130 million by 2028. The second 30 stands for the 30 per cent average reduction of economy class fares in Russia.

The targets are wrapped into further segmentation of the group’s core businesses, whereby Aeroflot Airline is seen as a ‘five-star’ premium class carrier focused primarily on international long-haul service and operating a fleet of 170 Western-made and primarily long-haul aircraft. It is targeting between 35 and 40 million passengers per year – less than its low-cost subsidiary Pobeda Airlines.

LCC Pobeda would inherit all of Aeroflot’s 50 Boeing 737-800s along with its medium-haul domestic routes. With a fleet of 170 single-aisle aircraft the country’s only budget carrier is expected to serve between 55 and 65 million passengers annually, offering domestic fares that would be 30 per cent lower than today’s average economy class fare.

Finally, the group’s subsidiary Rossiya Airlines would retain its role of socially responsible carrier, which would concentrate on regional, unpopular and low-revenue subsidized flights. Rossiya would operate as many as 250 aircraft, of which 235 would be Rusian-made jets including 150 Superjet 100s and 85 advanced MC-21 mid-haul airliners, now in the making. This means that the entire fleet of 54 SSJ100 regional jets now operated by Aeroflot, as well as firm orders for 95 Superjets and 50 MC-21s as well as an option for 35 MC-21 would be transferred to Rossiya. This member of the mighty Aeroflot family would apparently be charged to generate the remaining 20 to 25 million passengers per annum.

Little remains known about Aeroflot Group’s plans towards Aurora Airlines, where Aeroflot owns 51 per cent. The future of this regional airline operating in the far eastern region of Russia is uncertain, but Aeroflot has earlier suggested selling its share in the airline to its other owner, the administration of Sakhalin region.

The strategy is on the agenda of tomorrow’s meeting of Aeroflot Group’s board of directors, which may reveal further details of the plan.

In the meantime, the recent meeting with prime minister revealed that Aeroflot has already received the 70 billion rouble (US$1 billion) loans under state guarantees.