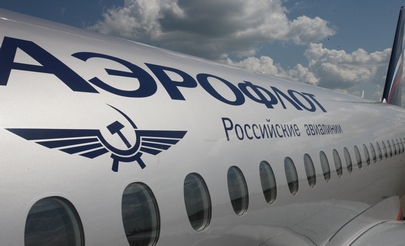 Aeroflot Group plans to strengthen its position across all segments of Russia’s air transport market. The group has confirmed its restructuring plan, including the merger of subsidiaries Rossiya, Donavia, and OrenAir. This process has already started. The resultant carrier will keep Rossiya’s brand name. Aeroflot Group’s Far-Eastern regional carrier Aurora will remain a separate entity, as will the Pobeda low-fares airline.

The renovated Rossiya will not just be a combination of three air carriers: it will also include a substantial part of Transaero Airlines, whose air operator’s certificate was canceled on October 26. According to Aeroflot’s presentation unveiled in early November, Rossiya is expected to come into possession of 24 widebody airliners formerly operated by Transaero: five Boeing 777s, five Boeing 767s, and 14 Boeing 747s.

It looks like Rossiya will keep its St. Petersburg registration, while basing its airliners at Vnukovo (Moscow), Pulkovo (St. Petersburg), Orenburg Tsentralny and a number of regional airports. Its headquarters is likely to be located in Moscow.

According to the presentation, the greater part of the 6,000 Transaero personnel whom Aeroflot Group has promised to re-employ will go on to work at the newly merged airline. There is new doubt that the flight crew and maintenance specialists required to operate the 24 ex-Transaero airliners have their future secured, but there have been no official reports to date as to how many of the folded carrier’s employees will be offered positions at Rossiya’s other services.

The merged airline will be headed by Dmitry Saprykin, who ran Transaero at the final stage of its existence. Prior to Transaero, Saprykin was Aeroflot deputy general director for legal and property affairs; in that post he was involved, in particular, in merging Vladivostok Avia and SAT Airlines into Aurora.

In addition to the route network currently operated by Rossiya, Donavia, and OrenAir, the new carrier will get some of the 56 international destinations inherited by Aeroflot from Transaero. That said the lion’s share of new Rossiya’s flights will be to destinations across Russia. As of today, the three merging airlines serve 48 domestic city pairs and have commercial rights to 42 international routes. Experts expect the new carrier to serve the medium price segment of the air travel market.

The new airline will enjoy significant financial independence. Up to now, all Rossiya, Donavia and OrenAir tickets have been sold through Aeroflot, the sole recipient of the three airlines’ revenues. The affiliated carriers are, in effect, Aeroflot’s subsidiaries, and are funded commensurately to the costs they incur.

The merged Rossiya can be expected to sell its seats directly, both because of its sheer size and due to the need to get greater formal independence from Aeroflot (if for no other reason than  being able to exercise its commercial rights on a number of international routes). We may also expect one of Russia’s major financial industrial groups to invest in Rossiya. Formally independent from Aeroflot, such an investor would make sure that the new carrier toed the government line.

The presentation reads that in the first nine months of 2015, Aeroflot Group had captured 35.2% of the Russian market in terms of passengers carried (5% up year-on-year); however, this calculation includes the 14% of Russian passengers flown by foreign airlines. Adjusted to include only Russian carriers, the figure will be 40.9%. It is obvious that this share will only grow, and will do so significantly, with the implementation of the Rossiya merger plans. After all, considering the planned carrier’s massive fleet, and especially its passenger carrying capacity (calculated in the seat-kilometers available), Rossiya is going to be the second largest airline in Russia. Thus, Aeroflot Group is consolidating its position across all segments of the domestic air transport market: Aeroflot, being Russia’s largest airline, positions itself in the premium and medium-price segments; Rossiya will be the largest player in the medium-price segment, whereas Pobeda remains the only low-cost operator in the country.

At the same time, all three market players will be targeting both the domestic and international destinations. Aeroflot historically holds the largest set of commercial rights to international routes; Rossiya will inherit plenty of rights from Transaero; and Pobeda is starting to explore international destinations: the carrier is launching daily operations to Bratislava in December (with a shuttle bus to Vienna thrown in). Pobeda has also received rights for Dresden, Cologne, Bergamo, Verona, Salzburg, and Chambery.

We are, therefore, witnessing the nascence of an entirely new architecture of the Russian air transport market. Aeroflot Group is represented by the strongest players in all the price segments (not forgetting Aurora, which serves the country’s Far East), and its ambitions are grandiose. As for the other Russian air carriers, we can only guess at their fate. Whatever the case, considering the current economic situation, they are certainly in for hard times as it is.

On the other hand, no-one can guarantee that Aeroflot and Rossiya will always conduct a coordinated policy: Rossiya, with its resources and a fair degree of independence, might yet start to play its own game, thwarting its creators’ plans for a controlled competition environment.