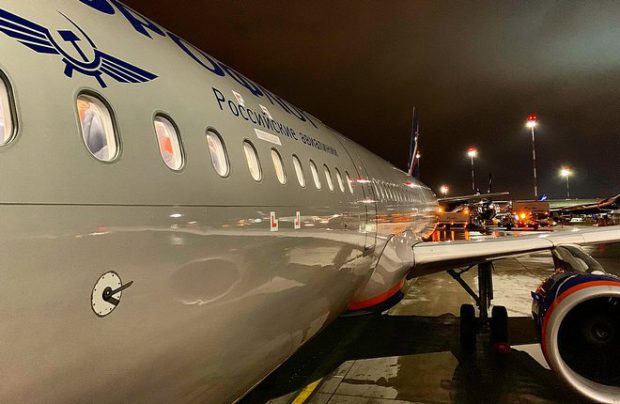 The growth in passenger numbers and positive yield trends drove Russia’s largest airline group’s revenues up by 23.3 per cent (Aeroflot)

The continued impact of increasing fuel prices and the added effects of negative currency exchange rates are the main reasons for Aeroflot Group’s widening net loss in the first quarter of this year.

Despite increased passenger numbers, the period saw total losses reach 15.746 billion roubles (US$242.3 million), 51.2 per cent worse than in the same period of 2018, according to the group’s consolidated interim financial statements set out in accordance with International Financial Reporting Standards (IFRS).

The Aeroflot Group, which consists of Russian flag carrier Aeroflot, Rossiya, low-cost carrier (LCC) Pobeda and Aurora, served 12.8 million passengers in the first three months, up 16.2 per cent year-on-year. The growth in passenger numbers and positive yield trends drove revenues up by 23.3 per cent to 138 billion roubles.

At the same time, operating costs increased by 25 per cent to 143.94 billion roubles, primarily due to an increase in the number of flights operated, as capacities increased by 17.5 per cent year-on-year.

The biggest single contributor to the first quarter losses was soaring jet fuel costs which increased by 28.4 per cent to 43.7 billion roubles, following a 10.2 per cent year-on-year increase in the average roubles price of aircraft fuel, as well as an increase in flight numbers and flying times, Aeroflot explains. Excluding fuel expenses, the company’s operating costs increased by 23.6 per cent year-on-year, to 100.24 billion roubles.

Expenses directly related to aircraft ground handling and passenger services amounted to 28.87 billion roubles, a 31.8 per cent increase, due primarily to the growth of passenger traffic and higher airport fees and charges, the company reports. Staff costs increased by 6.4 per cent year-on-year to 22.579 billion roubles.

As a result of all of these factors, EBITDA totalled 21.33 billion roubles.

“Market factors including foreign exchange swings and fuel costs remained significant for our results in comparison with the same period of a year ago. As in previous quarters, the most substantial influence on costs in the first quarter 2019 was higher fuel costs,” points out Andrey Chikhanchin, Aeroflot Group’s deputy chief executive for commerce and finance.

“The Group’s total fuel costs increased by 9.7 billion roubles, or 28.4 per cent, with prices rising by 10.2 per cent in rouble terms compared to the first quarter of 2018. The higher cost of jet fuel in the reporting period came despite a 5.4 per cent decrease in Brent crude prices and is down to a 16.3 per cent depreciation of the rouble against the US dollar compared to the same period a year-ago,” Chikhanchin adds.