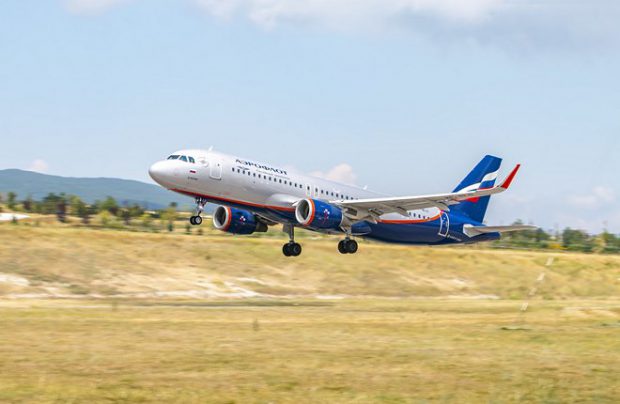 As air travel recovery is gaining traction globally, the rate this process is taking in Russia is exceeding the world’s average. The main driver behind recovery is certainly the domestic sector, as international connections are still constrained by the pandemic restrictions. The size of the country, however, is helping Russian airlines to somewhat offset the prolonged damage to their international networks. Whilst total traffic for the first eight months of 2021 reached 82 per cent of the same months of the pre-pandemic 2019, the domestic market showed a 20 per cent increase on 2019 figures. Three Russian airlines – not surprisingly, those focused on budget regional travel – managed to outperform by double-digit percent their results of the same period of the 2019. The cargo sector on the whole is also growing at a 20 per cent rate on average, according to the reports of Russia’s aviation regulator Rosaviatsiya.

Collectively, in January through August Russian airlines served 71.22 million passengers, which equates to 82 per cent of traffic in the same months of 2019. The RPKs remain 30 per cent below the norm, due to suspension of the long-haul international routes.

In August alone the traffic almost reached the 2019 level, being just four per cent below the norm, and almost 1.5 times above August 2020. The domestic segment, however, was 31 per cent above the 2019, demonstrating the healthy path of recovery the Russian market has taken during the summer season.

Among Russia’s growth leaders is Pobeda Airlines, the low-cost division of Aeroflot Group. In the first eight months of 2021 it served 9.4 million passengers, up impressive 42 per cent on the same period of 2019. It now ranks Russia’s third largest carrier, and joins sister airlines Aeroflot and Rossiya in the TOP-5 elite, which combined are accountable for over 66 per cent of Russia’s entire traffic. In the said period Aeroflot Group’s airlines served collectively 29.3 million passengers, down 26.5 per cent on 2019. The main negative factor still plaguing Aeroflot’s business is international travel restrictions.

According to its new strategy, Russia’s flag carrier is steering its business towards premium service, primarily on international routes. The pent up demand for international travel in Russia is huge, and once a connection reopens, the seats fill up fast. A number of international routes which were relaunched this summer – mainly to popular holiday destinations in Turkey, Egypt, the United Arab Emirates and the Maldives, are a convincing demonstration of the demand, that is there. Hopes are high that once the vaccines are mutually validated and vaccination record-keeping is standardized, the borders will reopen. As of mid-September, more than 46 million Russians had completed the two-stage vaccination. Four vaccines have been developed in Russia and are available to the population free of charge. The state is encouraging people to vaccinate through a number of measures, including making vaccines mandatory for certain professional groups and the vaccination rates are picking up. With the measures being taken to mitigate the spread of the virus, Russian government is wisely not imposing restrictions on travel within the country, thus stimulating development of the local tourist industry. As the economy is recovering from the blow, and consumers’ confidence is rebuilding, the number of holiday makers is growing, but still hasn’t reached half of the country’s population, meaning there’s still huge potential for travel market development.

In the meantime, Aeroflot Group is proceeding with its strategy strengthening the market segmentation of its subsidiary airlines. Pobeda’s growth is the proof of the strategy’s correct course and efficiency. The airline is maintaining the high utilization rate of its monotype fleet of Boeing 737-800s with an average seat load factor of 95.8 per cent. Title carrier Aeroflot is taking a systematic approach towards bringing passenger experience in line with the world’s highest standards. It is proceeding with its fleet renewal efforts, bringing in the newest environment-friendly aircraft. As of 31 August 2021, the combined fleet of Aeroflot Group consisted of 349 aircraft, including news types such as Airbus A320 neo and Airbus A350.

Aeroflot’s efforts in delivering top-notch service have been recognized by several international awards recently. It was named the world’s most punctual airline, as it topped August 2021 on-time performance ranking among mainline airlines globally. Aeroflot operated 92 per cent of its flights on time, according to Monthly On-Time Performance Report released by Cirium. Russia’s flag carrier has consistently improved on-time performance through efficient measures, including strict implementation of flight boarding regulations. Future plans include innovations based on the latest digital technologies, such as biometric controls, that will significantly accelerate pre-flight airport procedures for passengers.

Aeroflot also won Skytrax award of the Best Airline in Eastern Europe for the eighth consecutive time. The World Airline Awards are handed out annually by Skytrax, the leading global authority on airline and airport service quality. Ratings are based on the world’s largest passenger satisfaction survey across over 350 airlines. Commenting on the results of the poll, Edward Plaisted, CEO of Skytrax said: “Aeroflot continues its success in being named the Best Airline in Eastern Europe, and performed well in the overall global ranking once again being ranked in the top 25 airlines worldwide and No 4 in Europe. Aeroflot has positioned itself as a preferred passenger’s choice, not only in Russia and East Europe but as a major player in the overall European market.”

“The environment is becoming one of the most important topics in the aviation industry, and it has only become more urgent as a result of the pandemic,” comments Mikhail Poluboyarinov, Aeroflot’s CEO. “Aeroflot Group has always paid close attention to environmental efficiency. By upgrading our fleet and operating modern aircraft, we have been able to reduce our carbon footprint by 30% over the past decade. And it’s rewarding to know that our subsidiary airline, Pobeda, which is the main focus of our growth strategy, is already one of the greenest airlines in Europe.”

In a move, unprecedented for Russia Aeroflot has entered a partnership with fuel provider Gazprom Neft to collaborate on production and use of sustainable aviation fuels (SAF) on the Russian market. Russia’s major airline is making plans to use SAF on both domestic and international routes, thus contributing to the reduction of the carbon footprint of air travel. SAF is expected to reduce CO2 emissions by as much as 80 per cent compared to kerosene.

“The agreement we have signed with Gazprom Neft to develop sustainable fuel is the next important step in improving our environmental efficiency,” Poluboyarinov continues. Many international airlines have started testing SAF and plan in the next 10 to 20 years to significantly increase the share of SAF that they use. While we reaffirm our commitment to the environmental priorities of the global aviation industry, it is also very important for Aeroflot Group that the use of SAF should be not only environmentally friendly but also economically viable.”

Alexander Dyukov, chairman of the management board of Gazprom Neft, said: “Both at home and abroad, we see potentially significant demand from the aviation industry for green fuel, given the goal to reduce the carbon intensity of air travel. With its technical and scientific capacities, Gazprom Neft is able to play an active role in the development of such a product. The main research site will be Gazprom Neft’s Industrial Innovations Technology Centre in St Petersburg. And our partnership with Russia’s largest airline will only enhance the process of developing low-carbon aircraft fuel.”