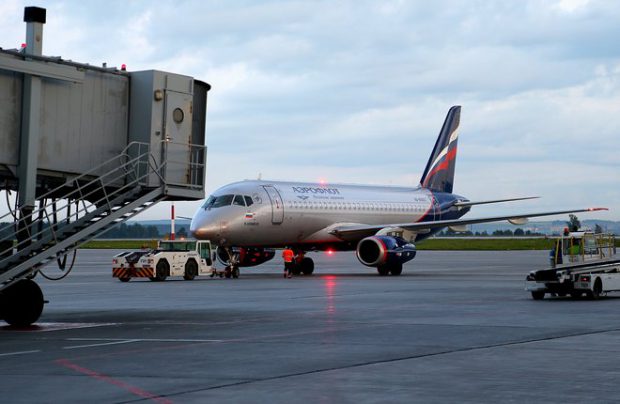 Adjusting its schedule to the current altered market conditions brought about by the Covid-19 crisis, Aeroflot, Russia’s largest airline, has further reduced the number of frequencies on its domestic routes, including the most popular ones. The second wave of service reductions includes flights between Moscow and St Petersburg, Sochi, Yekaterinburg and Krasnodar.

In early April, the flag carrier temporarily reduced the number of its flights on domestic routes following the plunge in demand for domestic air travel after the introduction of restrictions on movements inside the country. Compared to the domestic flight schedule before April 10, the frequencies on the airline’s five most popular routes were further reduced between April 14 and 20.

The number of flights from Moscow to St Petersburg, which in ‘normal’ conditions was 10 a day, or 70 a week, has now been reduced to between three and eight a day, depending on the day of the week. The 77 weekly flights to the southern resort city of Sochi were initially reduced to 32, a figure that is now down to one to three a day; and three daily flights to Yekaterinburg have now been reduced to two per day. Finally, the fifth most popular domestic route operated by Russia’s flag carrier is between the country’s capital and Krasnodar, where the frequency is down from 49 weekly flights to just eight.

According to analytics supplied by Sberbank, the country’s largest state-run bank, Russian travellers’ spending on air tickets nosedived by 92.6 per cent during the first week of the self-isolation regime.