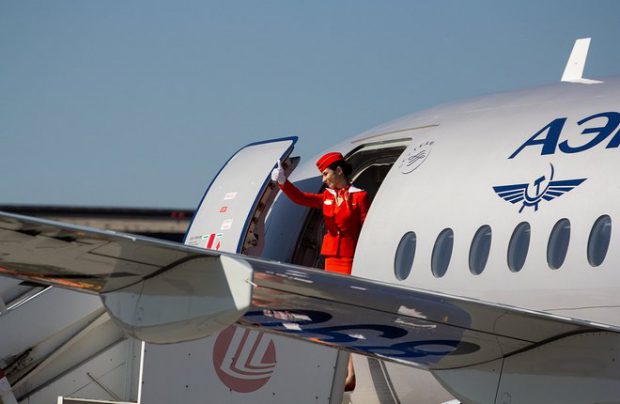 Aeroflot is targeting 30 million passengers this year, half of its traffic in 2019. Russia’s flag carrier is expecting the domestic traffic volumes to recover fully to the pre-crisis levels by the end of 2020, and is hopeful to regain 80 per cent of its last year’s international business, Aeroflot’s general director Vitaly Saveliev stated at the meeting with Russia’s president Vladimir Putin on July 6. However, the target is reachable provided most current restrictions imposed on air travel are removed promptly – a scenario, which does not appear realistic at the moment.

Aeroflot was among the airlines that took the hardest blow by the pandemic lockdown, with passenger numbers in April shrinking to just five per cent of the normal, whilst its seat load factor decreased by two thirds. Soonest resumption of international service, which generates the bulk of Aeroflot’s revenues, is of vital importance to the airline. Another considerable segment of its business is transit passengers traveling between Asia and Europe, which hit 10 million passengers last year, has now completely dried out as well due to closed borders.

However, it is the international landscape, which is the hardest to predict. Most countries are in no rush to open their borders to Russian travelers. Russia itself extended the closed borders regime until at least August 1.

Inside the country, regions are gradually uplifting the quarantine measures, allowing airlines to resume flights across their route networks and even increase some frequencies. However, due to fierce competition of Russian airlines, which have redirected all their efforts and capacities to domestic market, and the considerable decrease in local consumers’ purchasing power caused by the ongoing crisis, affect airlines’ flexibility in managing fares. This low fare trap is closing the financial gap on all airlines, with Aeroflot not being an exception. During his meeting with the president Saveliev admitted that although Aeroflot traditionally targets premium segment, it is now adjusting its business strategy to prioritize affordable travel. “The new strategy is aimed primarily at increasing traffic, that is, offering more mobility to Russians, and at driving down fares, which is important for us in these conditions,” he said.

In his conversation with president Putin, Saveliev once again confirmed the state-run airline’s commitment to its original plans for expanding its fleet of Russian-built aircraft. Whilst most airlines scale down, Aeroflot is to take delivery of eight more Superjet 100 regional jets between now and the end of this year, bringing its fleet of the type to 62 units. Further 14 SSJ100s are expected to join Aeroflot next year as part of the 100-strong batch the airline contracted two years ago.

According to Saveliev, SSJ100s are “progressing” in terms of their operational performance. The type is nearing its projected target of 8.2 hours per day of average flight time, which is now exceeding six hours.

Aeroflot is also the key customer for the Russian-produced MC-21 narrow-body, still in the making. “We’re expecting this aircraft, we have a firm order for 50 and an option for 35 aircraft. So the [Aeroflot] group will take delivery of 85 aircraft, that’s the commitment we confirmed to the [Russian aerospace] industry ministry,” Saveliev mentioned.