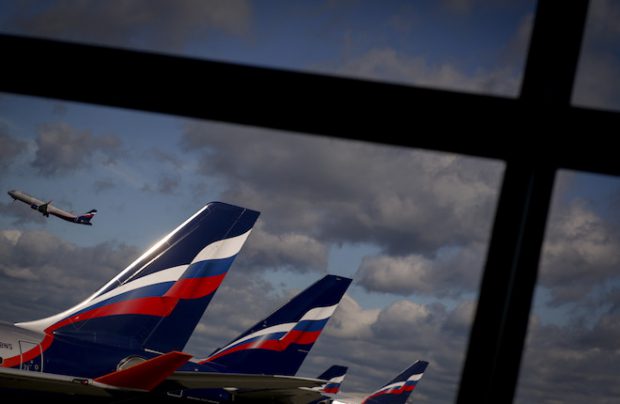 Aeroflot to take delivery of 104 aircraft and phase out 36 within the period of 2017 and 2018 (Photo by Leonid Faerberg / Transport-Photo.com)

Aeroflot Group will expand its fleet by 68 aircraft within the next two years, the group’s report says. In 2017 Aeroflot and its subsidiaries Rossiya, Aurora and Pobeda will take delivery of 59 aircraft and phase out 19. In 2018 the carriers will receive another 45 and get rid of 17 airliners.

The aircraft due to arrive in 2017 are 44 narrow-bodies-  11 Airbus A320s,  nine A321s and 24 Boeing 737s. At the same time the airline will phase out three А319s, seven А320s, two А321s and five Boeing 737s. The wide-body segment will be expanded by three aircraft: a Boeing 777 and two Boeing 747s. Notably, these are the final deliveries of 747s previously operated by Transaero and transferred to Rossiya by contract with their Russian government-controlled lessors.

Thus, Rossiya’s 747 fleet will reach 14 aircraft, in line with what Aeroflot’s CEO Vitaliy Saveliev said last month. The group will phase out one Boeing 777.

In the regional segment the group will take delivery of 12 Sukhoi Superjet 100 and phase out one Bombardier DHC-8.

In 2018 the group will start operating a new type, A350 wide-body, with the first batch of five aircraft. Aeroflot will also take delivery of five Boeing 777s in 2017. No long-haul aircraft will be phased out during that period.

The report also provides data on the forecast fleet dynamic after 2018. Three aircraft are scheduled to arrive in 2019, whereas 28 will be phased out. The numbers for2020 are two new aircraft to arrive and 18 to leave. These numbers are preliminary.

Last year the group took delivery of 56 aircraft – 14 wide-bodies, 31 narrow-body and 11 regional aircraft. At the same time 23 aircraft left the fleet. The fleet thus was increased by 33 aircraft.