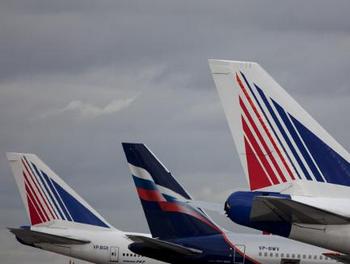 Saprykin, who previously held the position of deputy general director for assets at Aeroflot Group, is now responsible for handling the transaction, which will transfer 75% of Transaero’s equity to Aeroflot for the token amount of 1 rouble. He is also leading the takeover negotiations.

Aeroflot has already announced its plans to shake off 70% of Transaero’s nearly 100-ship fleet. The first to leave are Transaero’s Boeing 747-400s and 767s. The rest will be absorbed by Aeroflot Group. The future of Transaero’s orders, which include six Airbus A321s and eight A320NEOs, is still unclear; however, Airbus has stated it will suspend the delivery of A380s to Transaero. Aeroflot’s fleet stands at over 160 aircraft, ranging from representatives of the Airbus A320 and Boeing 737 families to Boeing 777 and A330 widebodies, as well as regional Sukhoi Superjet 100s. The Russian Ministry of Economic Development supports the carrier’s strategy as “being in line with the trend of cutting excessive capacity on the Russian market”. However, it notes, the plan is subject to negotiations with the lessors.

The decision to merge Russia’s two largest air carriers and give operational control over debt-saddled Transaero to Aeroflot was directed and approved by the Russian government in early September. The transaction is expected to be closed by the end of September. Aeroflot will inherit Transaero’s debt obligations worth RUR 260 bln, which are mostly consolidated by Sberbank, and will possibly be eligible for government aid. The carrier has also undertaken the obligation to take care of the troubled rival’s passengers and personnel. Commenting on the transaction at an extraordinary board meeting, Aeroflot Group Chairman Kirill Androsov expressed confidence that the merger would “facilitate Aeroflot’s efforts in achieving its strategic goal”, which is serving 70 mln passengers annually by 2025.