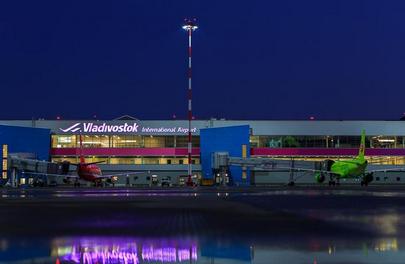 Russia’s two largest carriers, Aeroflot and S7 Airlines, have inked a codeshare agreement, according to Gazeta.ru. The agreement is effective for the period between March 27 and October 29, 2016, and covers 20 routes. This number is divided equally between partners – on one half of the routes Aeroflot is acting as the so-called “Administrating” (or operating) carrier, whereas S7 is the marketing carrier, and they switch roles on the other half.

So far only a few routes have been announced, including from Vladivostok to Yuzhno-Sakhalinsk, Beijing, Hong Kong, Narita; and from Khabarovsk to Beijing.

Representatives of both airlines failed to provide comments on the agreement in due time.

Aeroflot currently operates non-stop flights from Moscow to Vladivostok, Yuzhno-Sakhalinsk, Beijing and Hong Kong. S7 does not have direct flights from Moscow to these Far East destinations in its network, but it flies from Vladivostok to Hong Kong and Beijing, and from Khabarovsk to Beijng. It would be logical to assume that the two carriers will co-operate to operate flights on two-segment routes such as Moscow – Vladivostok – Hong Kong or Moscow – Khabarovsk – Beijing, mutually enhancing their route networks and offerings.

Aeroflot’s Far East subsidiary, Aurora, is not part of the agreement, as its network does not coincide with S7’s.

S7 Airlines has three other codeshare partners – Ural Airlines, NordStar and Nordavia. For Aeroflot the current agreement with S7 is the first experience of such partnership outside its parent, Aeroflot Group.

Codeshare is not a common practice on the Russian market. One of the rare examples is Red Wings’ co-operation with VIM-Avia.