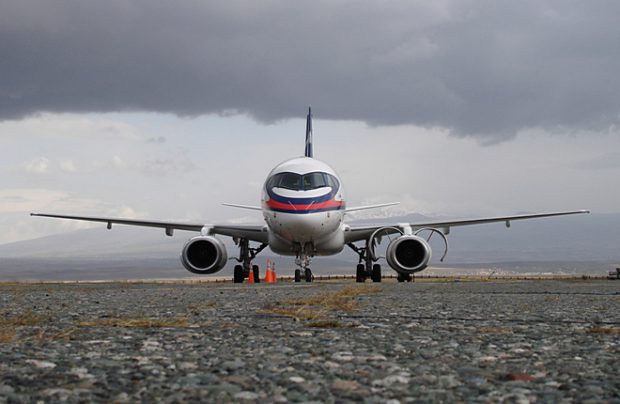 At the end of a very productive week for the Russian-built Sukhoi Superjet, the manufacturer of the regional aircraft has revealed keen interest from Aero Mongolia in its SSJ100 model.

The Mongolian carrier signed a letter of intent with Sukhoi Civil Aircraft (SCAC) for two SSJ100s, with the intention to make a final decision by the end of 2018. If positive, deliveries are expected in 2019.

Aero Mongolia, based at Ulan Bator International airport, operates domestic services and a range of international flights to nearby countries. Its fleet currently consists of four ageing 50-seat Fokker 50 turboprops, but the bigger capacity and greater distance capabilities offered by the 100-seat Sukhoi Superjet 100s would allow the airline to enhance both its route network and its geographical reach.

More information about the new contract possibilities may emerge at an upcoming June 7-8 series of events being held in Ulan Bator and jointly organised by the Ministry of Industry and Trade of Russia and the National Chamber of Commerce and Industry of Mongolia. Talks will cover the current state of Russian-Mongolian trade and economic relations, as well as prospects for future joint projects.

Last week was a particularly productive one for Sukhoi Civil Aircraft when the company inked a document with S7, Russia’s second biggest airline, for a potential substantial order – of up to 50 aircraft with 25 options – for the SSJ75, the shortened, 75-seat version of the aircraft. Furthermore, two Iranian airlines – Iran Aseman and Iran Airtour – reportedly collectively ordered 40 SSJ100Rs, the jet’s Russianised variant, which consists of a greater number of Russian-built parts.

Possibly the most notable new deal was a firm contract for six SSJ100s signed by Russian carrier Severstal Airlines, a subsidiary of steel and mining giant Severstal, which chose the Sukhoi Superjet 100 over rivals the Bombardier CRJ700/900 and the Embraer E-jet.