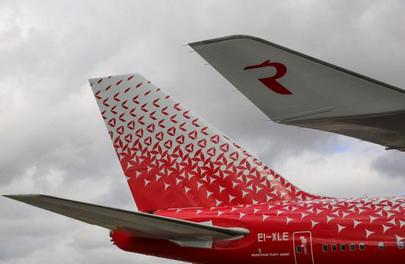 Aeroflot’s newly created MRO subsidiary A-Technics has started maintenance operations on the fleet of the merged Rossiya Airlines at its Vnukovo base.

A-Technics’ general director Mikhail Korobovich told Russian Aviation Insider that the MRO provider received its EASA Part 145 certificate in early March. The endorsement covers line and periodic maintenance of Airbus A320 family, Boeing 737NG, 747-400 and 777-200/300 aircraft at the facilities located at the premises of the former VARZ-400 plant in Vnukovo. The facility was earlier used by Transaero’s engineering service.

A-Technics primarily works on Rossiya’s aircraft that are based at Vnukovo Airport, including its 747-400s.

At Rossiya’s main base at St. Petersburg’s Pulkovo, things won’t change in terms of maintenance procedures. However, the merged airline’s new base at Orenburg should soon get busy, with A-Technics’ affiliate getting ready to start operations.

OrenAir, one of the airlines that merged into the new Rossiya, still holds its OTAR 145 certificate and makes use of facilities and staff to perform C-check on Rossiya’s 737-800. However, A-Technics has already submitted an application for extension of its EASA certificate to include Orenburg facility and will soon take over the tasks.

A-Technics was created in December last year. It took over the facilities, assets and personnel of Transaero and is expected to become one of the leading MRO providers in the CIS region.