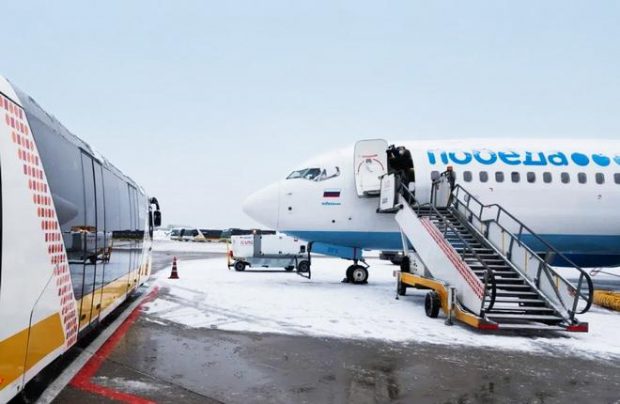 2020 was the first year without traffic growth for Russia’s only low-cost carrier Pobeda Airlines. The low-fare division of Aeroflot Group served 9.1 million passengers, 88.5 per cent of the 2019 level. However the airline claims it posted net profits of $19 million in the year of the gravest crisis for the global airline industry. Pobeda’s seat load factor decreased by two percentage point, which is insignificant compared to the Russian industry average, to healthy 92 per cent. The airline’s performance is impressive, considering it was grounded for two months when the crisis struck, its international operations largely ceased, it received no direct bailout support from the government, and its sister airlines in Aeroflot Group  – title carrier Aeroflot and Rossiya Airlines – saw their traffic decrease by 61 per cent and 51 per cent respectively compared to 2019.

Pobeda’s general director Andrey Kalmykov insists his airline “not only preserved 90 per cent of its traffic, but exceeded the [revised] 2020 target by seven per cent.”

The LCC has opted to suspend operations in April and May due to travel restrictions to counteract the spread of COVID-19. In June it resumed flights within Russia, and in July was highlighted by CAPA as Europe’s only airline to have posted traffic growth. In December last year Aviation Week noted Pobeda was one of the world’s five fastest-growing airlines.

At the end of the third quarter of 2020 the LCC confirmed its global leadership position in Boeing 737-800 utilization rate, which it has been retaining since 2016, according to the US manufacturer’s report. Its average daily flight time per aircraft exceeded 13 hours, outperforming its nearest competitor by over two hours.

The airline currently operates 34 Boeing 737-800s. In line with Aeroflot Group’s revised development roadmap, the budget carrier will continue exponential growth and plans to have at least 50 aircraft of the type in its fleet before the end of this year, and up to 80 by the end of 2022. The aircraft will initially be sourced from Aeroflot, but starting from 2023 Pobeda will commence a strategic move to more spacious and “commercially efficient” Airbus A321neo, identified by its parent group as the LCC’s future aircraft type. The LCC is slated to become Russia’s largest carrier by passenger numbers in two years and its 175-strong mixed fleet will be dominated by large Airbus narrow-bodies by 2028.