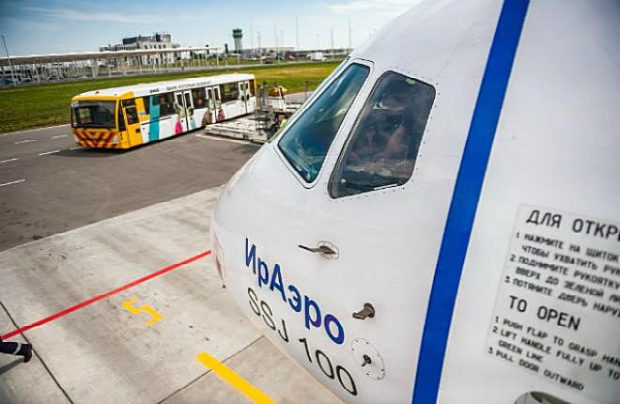 Russia’s privately-run IrAero Airlines is one of the few regional carriers in the country to increase its passenger traffic in the first eight months of 2019. The Irkutsk-based carrier transported some 622,000 passengers in the period, a 24.5 per cent year-on-year increase. More than a third of those passengers – 220,000 – travelled on international flights.

At the beginning of this year, IrAero’s three Boeing 777-200ERs were not actively operated for almost two months, with the wide-bodies returned to regular service only in March. Yury Lapin, the airline’s head, admits that these aircraft were responsible for the considerable passenger traffic growth.

Currently the Boeing 777s are operating flights to Russia’s Far East region, as well as to China and charter flights to the popular holiday destinations, all of which amount to the carrier’s main markets. It is not surprising then to note that the airline is planning to further develop its long-haul network, both domestically and internationally.

Lapin says that the airline also believes there is an active passenger growth opportunity in the CIS countries, and is consequently opening new destinations. Recently, IrAero launched flights to Qarshi in Uzbekistan from St Petersburg, becoming the only airline on that route. IrAero has also revealed to Russian Aviation Insider that this coming winter season the airline plans to expand the network from its main bases of Irkutsk, Moscow and Krasnoyarsk, by opening new flights, including to the CIS countries of Uzbekistan, Azerbaijan and Armenia, which will be operated by both regional Superjet 100s and long-haul Boeing 777s.

Asia remains one of airline’s other main priorities. Following the 2017 insolvency of Russian airline VIM-Avia, which had operated charter flights from China on behalf of the local tour operator, IrAero took over these routes, but had to shut them down when the tour operator stopped its payments. As a result the airline suffered some US$2.2 million in losses.

In spite of all these difficulties, IrAero Airlines nevertheless remains determined to expand its network by opening flights to the capitals cities of large Chinese regions. Currently the airline is in talks about launching more flights to China from Irkutsk, and is already flying to Harbin and Manzhouli from the Siberian hub.

On the local front, in the summer of next year the airline plans to connect Irkutsk with Simfeporol, by operating flights to Crimea from Moscow’s Domodedovo and Zhukovsky.

IrAero Airlines currently sits in 19th place in the list of Russia’s largest airlines by passenger numbers. In the first eight months of this year, the carrier’s passenger load factor reached 78.9 per cent, a 5.7 p.p. year-on-year improvement.