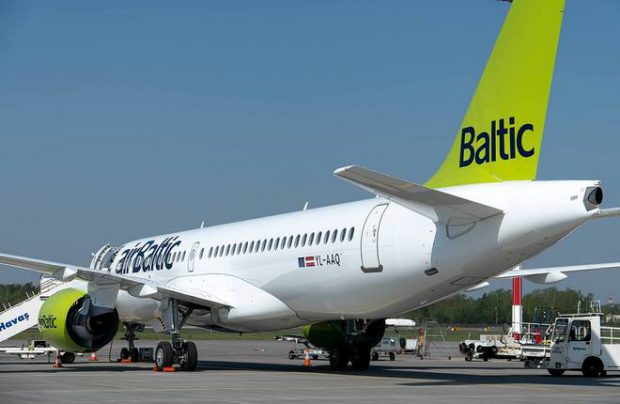 Latvian hybrid airline airBaltic has taken delivery of its 17th Airbus A220-300 jet, registered as YL-AAQ. It is the third A220-300 delivered this year, with five more new aircraft due to join the airline’s fleet by the end of 2019.

The aircraft (MSN 55052) has arrived on 12-year lease from Avation PLC, the commercial passenger aircraft leasing company, which has now leased its fifth new A220 to the Riga-based carrier.

Since the launch of operations on December 14, 2016, airBaltic has carried more than 2.35 million passengers on the Airbus A220 with every second passenger flying on the aircraft.

With the A220 performing beyond the company’s expectations, delivering better overall performance, airBaltic will terminate its Boeing 737CL fleet operations in the autumn of this year. Latvian airline has mandated Skytech-AIC, an independent, UK-based marketing agent, to exclusively sell its four Boeing 737-300s and two Boeing 737-500s along with their CFM56 engines. The airline aims to both simplify its fleet operations and benefit from the extra efficiency provided by the A220-300 (formerly known as the Bombardier CSeries 300) which will be the only jet type in the carrier’s fleet.